The children’s choir Clari Cantuli was set up in January 1989 in Kessel-Lo by conductor Ria Vanwing. Clari Cantuli can look back on numerous exciting concerts both in Belgium and abroad, including appearances in the Netherlands, Germany, Spain and France.

Clari Cantuli sang the Christmas concert at the Royal Palace in Brussels (1992), the anniversary concert with “Up with People” (1992), was a very successful participant in the children’s choir festival “Kinder spielen ohne Grenzen” in Duisburg (Germany, 2000), sang the final concert at the symposium “Kind en Stem” in Tilburg (the Netherlands, 2000), and received a standing ovation during their concluding concert at the 6th choral gathering of the Southern Low Countries in Maastricht (2008). For the 75th birthday of Vic Nees in 2011, the EMJ (European Music Festival for Young People) organised a surprise concert in Neerpelt. Clari Cantuli was given the opportunity to sing at this concert for Vic Nees himself, who was clearly moved by the performance.

Clari Cantuli has won a number of first prizes with distinction at various national and international choral competitions and festivals, including the EMJ (European Music Festival for Young People) in Neerpelt. In the triannual choir tournament of the Province of Flemish Brabant, Clari Cantuli has been rated in the category “Excellence”. The choir made a lasting international impression at the “Europa Cantat Junior” festival in Namur (2002). They also recorded the 5 pieces for children’s choir for the soundtrack of the film “Le Petit Nicolas” in 2009, under the direction of the composer, Klaus Badelt.

Clari Cantuli has sung on many CDs, including:

Members of the children’s choir also took part as soloists in a number of projects in Belgium and abroad, including: 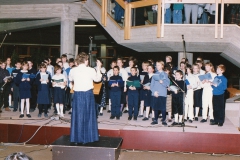 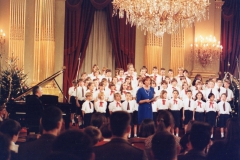 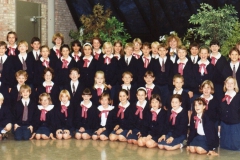 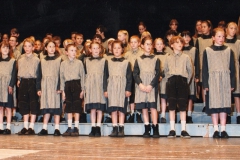 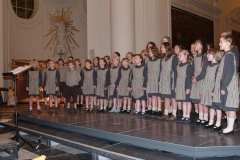 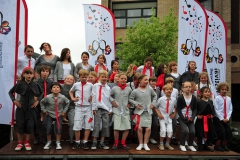 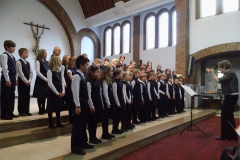